Watch us making the cloth for your Coat

The Story of the Tweed

We have been experts in tweed manufacturing since 1841, and in 2013, we were awarded a Royal Warrant for Estate Tweeds by His Majesty King Charles III when he was HRH Prince of Wales. Estate tweeds were designed initially as camouflage for stalkers and gamekeepers working in the Scottish countryside. 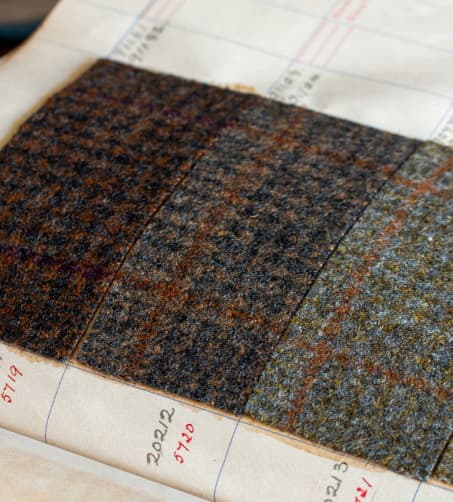 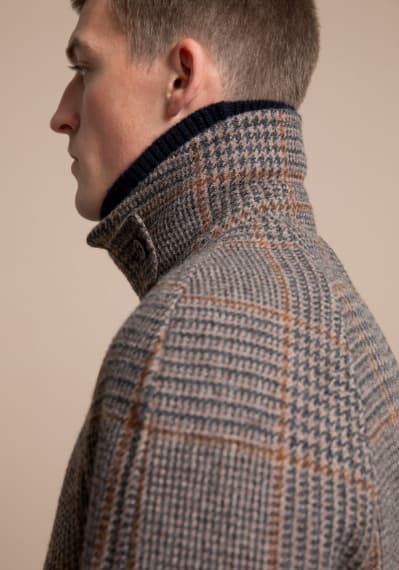 Our Johnstons of Elgin branded buttons are made from natural buffalo horn and will decompose naturally when they are disposed of.

The thread used to tailor our Balmacaan Coat is sustainably sourced and manufactured in compliance with the Zero Discharge of Hazardous Chemicals (ZDHC) Restricted Substances List. 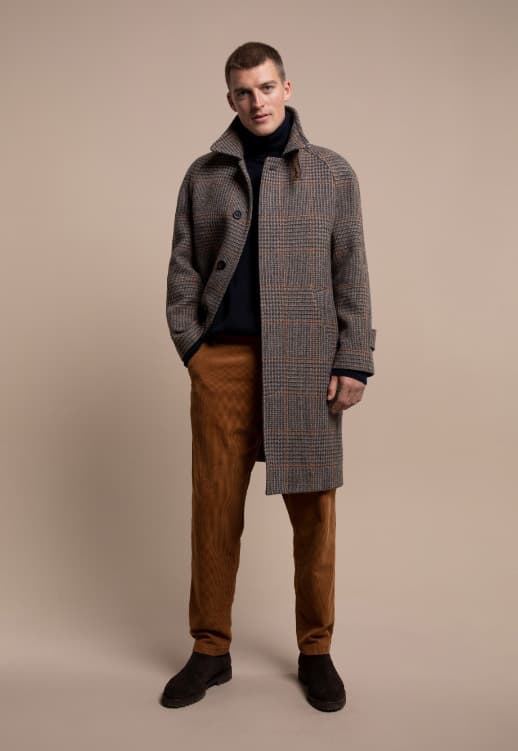 The Story behind the Balmacaan 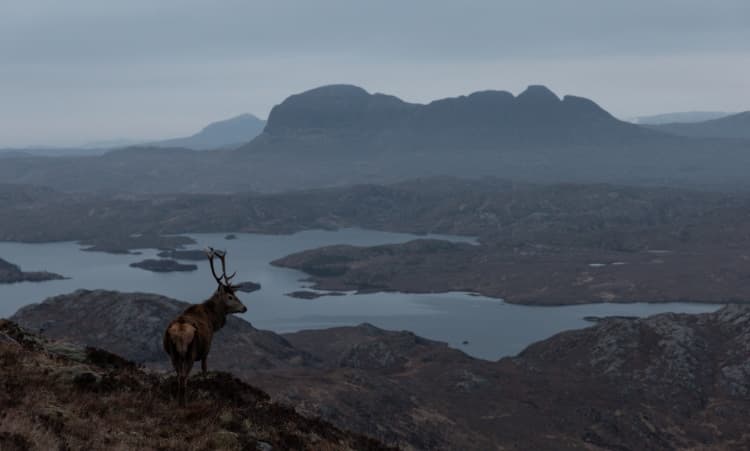 The History of the Name

Bradley Martin was an American Industrialist who rented the Balmacaan Estate in the early 1880s. He was described as a pillar of the Drumnadrochit community, and his estate provided numerous jobs. Bradley asked his tailor to design a coat that would keep him warm and dry against the wild Scottish elements, and the tailor later asked for permission to name the coat after the estate.

The Martin family were popular residents, contributing generously to many community projects, including the building of the Public Hall in 1906, which is still in regular use. The village also enjoyed entertainment, including a fireworks display, arranged by Fred Martin, Bradley’s brother.

After 1920, the fortunes of the Balmacaan estate declined. It was sold piecemeal in 1946, and many local people bought their holdings at a reasonable price. The big house fell into disrepair and was finally demolished in 1972. The legacy of the name lives on in the classic coat design.